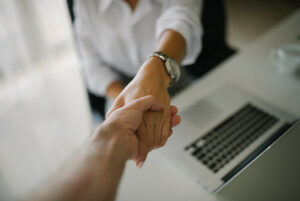 Whenever a new story breaks about an established literary agent behaving badly, I cringe. Although I’m not personally responsible, it’s another black-mark moment for this profession that I love. So what responsibility do agents have to protect writers, and what can writers new to the publishing world do to protect themselves?

The answer is surprisingly simple: be armed with knowledge. Agents with integrity should provide information in a public sphere whenever possible, and many do via Twitter, blogs, and newsletters. Writers should gather all they can but also know that things change. Be kind to yourself, as it might not be possible to have “known better” if an agent partnership does not go as planned.

As an agent who has spent the last fifteen years putting information out there for writers (since I started Pub Rants in 2006), I hope to arm you with info about agent types you might want to avoid. By the way, I highly recommend that writers looking for an agent have a subscription to Publishers Marketplace, where you can do your research. A lot of heartache might be avoided with a little time spent there.

This type of agent is easy to define. This scammer pretends to be an agent, charges fees for everything a normal agent just does as part of the job (i.e., reading fees, submission fees, marketing fees, etc.). The red-flag word here is “fees.” When writers spot that, it’s an instant tell that the agent isn’t legit.  In 2013, Victoria Strauss of Writer Beware and I were expert witnesses for a lawsuit to take down a scammer masquerading as a literary agent. This person fleeced unsuspecting writers out of hundreds of thousands of dollars. (It’s lucrative, which is why there are so many schmagents out there.) It’s a bit like whack-a-mole, but we put this one out of biz. By the way, Victoria is a tireless advocate for writers, and she doesn’t get enough props for everything she has done and is currently doing. Send her a note, or better yet, buy one of her books. It’s thankless, time-consuming work, and she is an amazing human being. In the internet age, this type of agent might be easy to spot, but scammers still snare unsuspecting writers all the time. If this describes your experience, don’t spend time berating yourself. Scammers are pros at what they do.

This type of agent might mean well, but they pursue this profession for the “celebrity” of the job. This might not make them a bad agent per se, but it also means they probably aren’t a great agent either. How do you spot one? Well, this can be tough. The Hobbyist might have a great presence on social media, but if you dig in to the research (thank you, Pub Marketplace), the Hobbyist will not have a strong track record of sales or will only do deals with small presses or for digital rights only. And so I’m clear, there is absolutely nothing wrong with doing deals with small and digital publishers. I’ve done many in my career, but they should be balanced with regular/bigger deals to Big Five publishers and the well-established indie publishers.

Some agents might have integrity but are simply too green (and don’t have access to mentorship) to be able to advocate for a client.

Back in 2008, there was an agent who racked up many six-figure deals under her own shingle. She came on the scene quickly, and after two years, exited quickly and without warning. She looked hot on paper with all those deals, but her clients were signing boilerplate publishing contracts with no negotiated changes. This agent had no prior experience at another agency, and it was a nightmare for those clients later in their careers.

For the Greenie, the key is to look at the agency itself. How long has that agency been in business? What is the agency’s track record as a whole? This will help you determine whether this newer agent is in a place where they will receive guidance from a more seasoned agent.

This is the agent that all the research in the world can’t predict. This agent might have a terrific beginning to a career, and then that career publicly derails. You will never be able to spot this one coming. Writers, go into an agent partnership expecting the best. But if the worst happens, try and let go of any self-blame. You did the best you could with the information available when forming the partnership.

Also keep in mind that some agents are acting with integrity but might simply be a bad fit for certain authors. Communication styles or personalities don’t mesh. My client Courtney Milan tackled this convo recently on Twitter, so give it a look in case you find it helpful.

As an agent, I’ve put many an article out there trying to assist writers in arming themselves with knowledge. I did a whole series of articles on what makes a good agent well as an article on 5 Questions Authors Don’t Ask but Should when considering an offer of representation.

One final comment. As an agent, I wish for no more black marks on my beloved profession, but I’m also practical. Another news article will probably be just around the corner.