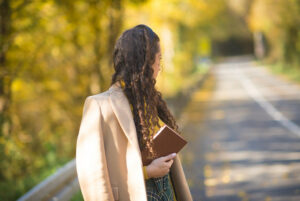 The Making of Meaningful Backstory (Part I)

I was working with a client recently who had spent quite a bit of page-time developing a complex backstory for their protagonist. Their agent and I, looking for ways to tighten the plot and reduce the word count, saw all this backstory as an opportunity to trim. Since it never had any effect on the story as it was currently structured, it felt not only superfluous, but also unnecessarily complicating. Yet the author was reluctant to cut it.

We asked why, and their response made sense. They needed the protagonist to have a particular personality and temperament, a certain unique way of looking at the world and making decisions. Their instinct said that type of person isn’t born but made. So they created a backstory that explained why their protagonist was the way she was.

That’s a great reason. However, it did get me thinking more about backstory. Backstory is one of the crucial elements of the craft of fiction, so it definitely deserves our attention. But should backstory be a workhorse that earns its place within your manuscript’s structure by serving more than one weight-bearing function? Or should backstory be part of the wallpaper, passively decorative and meant to be glimpsed only now and then in the background? Is there a point at which too little backstory makes a novel feel flat? Or a point at which a big backstory is too big?

First, let’s look at some backstory basics. Next month, we’ll look at some ways to think about backstory in plotting, revision, opening chapters, and even query letters.

Every story is two stories. There’s the story that happened before page one and the story that starts on page one. Some stories rely heavily on a rich and well-developed backstory, and that’s OK—other stories, not as much, and that’s OK, too. In general, the human brain perceives time as a linear chain of causes and effects. When you set out to tell a story, you choose where the story starts. The second you do, you have divided your timeline into two stories: What Came Before and What Will Happen Now.

The two stories are linked. What Came Before informs What Will Happen Now. That’s cause and effect (or stimulus and response), and it’s how story works. When readers dive into chapter one of a new book, they immediately begin to form questions. Why is food scarce in this world? Why is the ship’s captain afraid to sail into that cove? For whom is this spy risking her life to gather information? Why does this man not trust his wife? What caused the people of the Badlands to despise the people of the Tundra?

In linear time, the answers are part of your backstory. But in story time, which doesn’t have to be linear, you get to decide when and how to reveal the answers to the reader. For master storytellers, such decisions are made with respect to balancing (a) the potential for maximum dramatic effect with (b) reader engagement. That’s because readers kept too long in the dark tend to disengage.

Backstory shapes character. Story-craft wisdom tells us we need to give our central characters a goal and a motivation, and that we should establish those things fairly quickly, whether on page one or not long after. Therefore, what a character wants and why they want it are the products of backstory. In other words, goal and motivation are the effects of some cause that occurred a moment, a week, a year, a decade, perhaps longer, before page one. In short, backstory is why characters are they way they are. This is sometimes referred to as a “wound event” and should not be confused with your story’s inciting incident—we’ll come back to this next month in part II.

Backstory shapes world. The world in which your story takes place also has a unique effect on What Will Happen Now as a direct result of What Came Before. Whether your story world is a vast, war-torn star system, an island nation struggling to survive a devastating natural disaster, a seemingly idyllic suburban neighborhood, or a courtroom where the fate of an innocent man will be decided, that world has a backstory. Your world’s history is a collection of causes that resulted in the laws, norms, codes of conduct, and social hierarchies (written or unspoken) that govern what your characters can and can’t do and what’s at stake for them if they stray. Backstory is why your world is the way it is.

Your assignment: Write one to two pages for each major character detailing that character’s backstory. Now write one to two pages detailing your world’s backstory. Set your pages aside. Did anything surprise you? Did anything pop up that you want to explore more in your manuscript, or perhaps in a sequel or prequel? Did you have a hard time making it past a sentence or two, or did you go way past two pages and find you had a hard time stopping? This assignment is just to get you thinking about your relationship with the What Came Before of your story. We’ll do more with these pages next month, so tuck them away in a safe place.