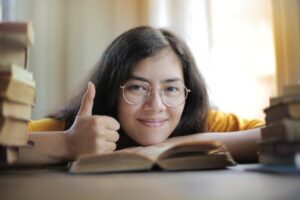 This month, we asked three NLA authors about their fan-favorite characters and what makes them so likable.

Which of your characters is a fan favorite? What makes them likable? Is that important? Why or why not?

Stacey Lee, author of The Downstairs Girl and Luck of the Titanic

Jo Kuan of The Downstairs Girl seems to be a favorite. As an advice columnist, she is principled, and opinionated in a way that real life doesn’t allow her to be. She also has a bit of a wit, and I think that endears her to readers.

Swati Teerdhala, author of The Tiger at Midnight series

One of the fan favorites in my series, The Tiger at Midnight trilogy, is actually a side character. Alok, the best friend of Kunal, one of the main characters, quickly became the character that garnered fan mail and questions. He also got into my heart as well, refusing to let me push him to the side in the later books. Alok is the type of character who is fiercely loyal but isn’t afraid to take Kunal, his best friend, down a peg or two. He’s also the person in the room who often says what everyone’s thinking. We all have a friend like that, or we are that friend! He’s a character that is really easy to understand and root for in all situations and that relatability is what makes him so likable. I don’t think fan favorites have to be likable necessarily, but there needs to be something about that character that makes people connect.

Celesta Rimington, author of The Elephant’s Girl and Tips for Magicians

I’ve had very positive reader responses about the character of Roger in The Elephant’s Girl. He appears to be quite the fan favorite, and he even made some “Favorite Fathers in Middle Grade” lists on Twitter. Roger is the train engineer at the zoo, an aficionado of “old things,” and the rescuer of the little girl he finds after the tornado. He turns his life upside down to become Lexington’s foster father and to protect her.

Roger is likable because he is both strong and gentle, he’s extremely patient with Lexington, and he shows unconditional love for this quirky young girl as though she were his own. He’s also a bit quirky himself as a man in a contemporary world who restores steam trains and believes in ghosts. I think for my young readers, Roger represents support and safety. For my adult readers, he also represents the memorable qualities in beloved father figures they may have known or admired.

I think that in middle-grade books especially, it’s important to include likable characters with whom young readers can feel safe. A book isn’t interesting without conflict, but perhaps it isn’t memorable without characters the readers would wish to know in real life. And if you want your readers to keep reading, you’ll want to write characters who cause your readers to care about what happens to them.

Photo by Andrea Piacquadio from Pexels