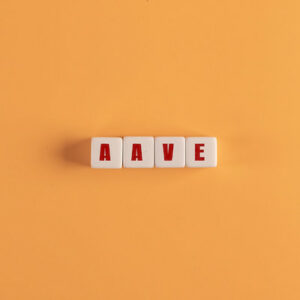 Honoring AAVE on the Page

When you’re writing Black characters, how you use African American Vernacular English (AAVE) on the page will reveal whether you’ve honored their voice or whether you’re using dialect as a gimmick. Here are some things to consider before tackling AAVE.

Structure. There is a right and a wrong way to go about using African American Vernacular English (AAVE). When AAVE is used as a trend, the structure that native speakers follow is often left out. This lack of structure makes it obvious when a writer is using AAVE with little to no understanding of its meaning. Using AAVE without following its grammatical rules is like playing a game of telephone: you can try to recreate the language as you heard it, but you will be misinterpreting a misinterpretation of the original. Because trends come and go so quickly, some writers aren’t taking the time necessary to understand and honor the vocabulary of AAVE speakers before they use it, and it shows.

Misrepresentation. Recent internet discussions have perpetuated the mislabeling of AAVE. Mainstream media is crediting Generation Z for words that originated in AAVE generations ago. When used as a trend by non-natives, AAVE is seen as profitable, yet when used as a language by its own natives, AAVE is seen as a detriment to professionalism. The labeling of “a trend” and the open-arms acceptance of this robs those who fought to keep the language alive—despite consistent attempts of erasure—of due credit and accolades. This trend isn’t raising awareness or recruiting allies for the fight for recognition, as some argue. Instead, this trend is mislabeling coined AAVE words as “internet slang,” giving credit where it is not due.

The source from which you learn a language is evident when you’re utilizing it. Beginning with an authentic source exhibits true allyship and the necessity for understanding.

What does this mean for fiction writing?

Non-black authors can write Black characters. There are many great examples of how this can be executed well. For example, Emmett Atwater from NLA’s own Nyxia by Scott Reintgen is a very well-thought-out character who isn’t presented like a trend. Emmett and his interplanetary journey created a different story and point of view because Emmett was Black. His blackness extended outside of his description. And more importantly, his purpose existed independent of his white peers.

A non-black writer truly needs to justify the language they use when writing characters like Emmett. AAVE isn’t just a set of sounds, words, or phrases—it’s a fully formed language that many of its native speakers have been forced to discontinue. AAVE isn’t recognized as an official language. It’s often called “broken English” and is forced out of young Black kids in school. They are taught that they speak incorrectly and must convert to Standard English in order to move forward. Safe practice of AAVE requires a proper time and place. This must be reflected in how Black characters are written in fiction. Thinking of AAVE as a trend disregards this. Trends come and go, but a language native to so many important voices must be approached with the patience to understand.

Author Bio: In 2016, Tallahj Curry joined the NLA team as a sixteen-year-old intern. Now, five years later, she has earned her Bachelor of Arts and now works as the Literary Assistant at NLA handling the newsletter alongside her other work.