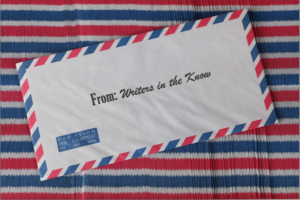 What I Wish I Knew Before I Became a Novelist

This month, we asked three NLA authors for their best advice for first-time novelists.

What’s one piece of advice you wish someone had given you before you began writing your first novel?

Kathleen West, author of Are We There Yet? and Minor Dramas & Other Catastrophes

I’m fairly certain people did tell me this, but I wish I had internalized it: There’s very little authors can control in the publishing realm. The two things you can always do, though, are to keep writing and also to cultivate genuine, mutually respectful relationships with other writers and the members of your publishing team. Otherwise, hold it all—the “success” and the “failure”—loosely.

One piece of advice I think I wished I’d known (or internalized) when I started: One book deal doesn’t mean you “arrive.” Even a multi-book deal. I wish I’d known how many friends would switch publishers, agents, editors, publicists in their first year of getting a book deal. I’m slowly adjusting to the idea that it’s always a battle in one arena or another…the road isn’t smooth sailing. I think better preparing young writers for the “building years” between contracts, the months spent waiting on sub, the heartbreak of an editor backing out on an additional project…it’s all really valuable conversation.

I wish someone had told me that all writing advice is akin to tools you can put in your toolbox. It’s okay to only reach for the tools you need while others collect dust, and not everyone uses the same tools, or uses them in the same way. Even you won’t necessarily use the same tools with every novel, and that’s okay, too. There’s no single right or wrong way to write.

I also wish someone had told me to focus on setting manageable goals that I control, instead of ones that other people ultimately have control over. So for example, “try to write a little every day” instead of “try to get an agent by the end of the year.” The latter is a milestone, and those are worth celebrating, but treating milestones as goals can lead to frustration and disappointment.

Photo by Ann H from Pexels