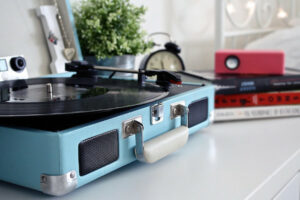 What Is Old Is New Again

When I attend conferences, the most popular question at agent panels is this: “Where is the market going and what will publishers be buying?” I would love a crystal ball to predict the future and answer that question. This week, a realization hit and I may just have a glimpse into that crystal ball. Although it sounds contrary, writers looking for the next market trend in publishing need not look any further than to publishing trends of the past. Oddly, what is old might just be new again. Here’s why.

Last month, my brilliant client Gail Carriger was a keynote speaker at Rocky Mountain Fiction Writers. Ensconced at the hotel bar, as people often find themselves at writer conferences, Gail and I chatted with several attendees who came over to hang with us. Gail made a brilliant observation about a pop-culture show just sweeping the world. She said, and I’m paraphrasing here, that Squid Game was Battle Royale for a new generation that had never seen that original show. Huge realization moment for me. In the last couple months, I’ve been reading deal announcements for so many stories that just feel familiar to me. Bam! Of course. Old stories can always be expressed with a new angle or twist and made new again for a new generation. So even though I’d seen similar concepts previously—hey, I’ve been agenting for two decades—those concepts are totally new for agents and editors who have arrived on the scene in the last couple years.

Back in the early 2000s when I got my start, the industry was in the throes of a chick-lit trend. (That term hasn’t aged well, but that’s what it was called then.) I argue that we are in that trend again (sans the term), this time with even more fantastic stories that are diverse and inclusive. Think Real Men Knit by Kwana Jackson, A PHO Love Story by Loan Le, The Proposal by Jasmine Guillory, The Bride Test by Helen Hoang, Girl Crushed by Katie Heaney, and Red, White & Royal Blue by Casey McQuiston. This trend is back and, dare I say, better than it was twenty years ago. What is old is new again.

Another example: Back in the mid-2000s, in the young-adult space, paranormal was all the rage. Editors couldn’t buy enough vampires, fallen angels, and werewolves. Then the market became saturated. Now here we are a decade+ later and this trend is cycling back around. We here at NLA are seeing a lot of paranormal elements creeping back into queries. Stories are hitting shelves again in this space as well. Think The Beautiful by Renée Ahdieh, Crave by Tracy Wolff, The Belles by Dhonielle Clayton, Shadowshaper by Daniel José Older, Payback’s a Witch by Lana Harper, and The Coldest Touch by Isabel Sterling. The genre is being reinvented by a new generation of storytellers for a new generation of readers.

Is it worth doing a little research on the old world wide web (I cracked myself up typing that phrase) and diving into what might have been hot in the mid-2000s to see what could be coming back around as a trend? I say why not. There are no new stories under the sun, but there are always, and I mean always, new ways, new twists, new perspectives on how to tell those stories. Happy researching.