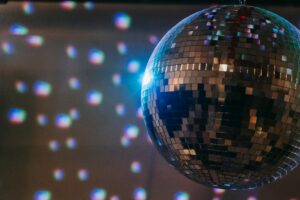 Dance with the Right Partner at the Publishing Prom

Getting multiple agent offers is like getting asked by several potential dates to go to the publishing prom. It might be helpful to remember this: Make sure you are dancing with the right partner once you’re there. Here are five things to consider when your invitation to prom comes.

It amazes me that I’ve been agenting for twenty years. I can still remember my first year, when I might get 100 queries in an entire week. Back then, queries were snail mailed. And we had rotary phones and a typewriter. (Yeah, I’m kidding.) Still, snail mail feels ridiculously quaint. I remember the thrill of seeing Nelson Literary’s first entry appear in Jeff Herman’s big hefty phone-book-like Guide to Book Publishers, Editors & Literary Agents. I also remember thinking that was a huge agent section. If he were to publish that phone book today, I think the literary agent section would be double in size. There has been a big expansion in the last two decades.

And with that expansion comes an interesting observation: We are in the age of the agent beauty contest. This means that “hot” projects often receive multiple agent offers. This is good news for writers, who often feel they don’t have the balance of power tipped in their favor in this industry. They should enjoy being courted by multiple agents and being able to carefully consider and choose representation. Some writers only get one ask (and hey, it only takes one to get the publishing career rolling). I’ve also noticed another, odd trend. Writers who are getting multiple invitations to the publisher prom are simply after as many invitations as possible, as if the high number is some sort of trophy. To quote Bobby Brown, it’s your prerogative.

This goal, however, comes with an unforeseen cost. Here are five things writers might want to consider:

In the end, you want to go to the publishing prom with the right agent because they will not only be your matchmaker for the right editor/publisher, but they’ll also be be your partner for future dances. Or books. Be sure when the music begins, you’re both starting out on the right foot!

Photo by Anna Pou from Pexels