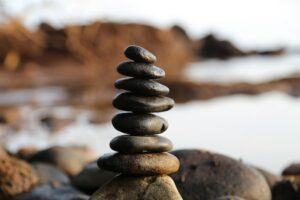 For twenty years, I’ve worked with extremely talented writer clients. Having done so, I’ve learned that talent and mastery of craft cannot fix a story if it’s not the right story the writer should be telling. Here’s why.

All writers need to learn this one simple lesson: Give yourself permission to “fail.” In doing so, you might actually discover the story you should be writing. Here are two real-world examples of the power of letting go.

Scenario 1: When Marie Lu first conceptualized and wrote the opening chapters of The Young Elites, the story concept just wasn’t coming together. After the two of us had multiple brainstorm sessions and Marie tackled several revisions, she finally realized that the story was being told from the wrong POV. The minute she figured out that it was Adelina Amouteru’s story (who was only a minor side character in the initial concept), everything clicked into place. The rest is history for this New York Times bestselling book, the first in a very successful trilogy.

Takeaway for aspiring writers: Marie is incredibly talented, but numerous attempts at revision were not going to fix the fact that she initially had the wrong POV character. All her writing mastery wasn’t going to transform those opening chapters into the right story. If a project isn’t coming together, try a radical shift in POV, first person to third, change up the narrative timeframe. Established authors do this all the time. If the right story emerges, you’ll know by how readers respond to it. But also know that the magic doesn’t happen every time, which leads me to the second scenario.

Scenario 2: My wonderfully talented author Rhiannon Thomas (A Wicked Thing, Long May She Reign) had a fantastic concept for a young adult fantasy. She wrote a brilliant first 75 pages, but from there, she simply could not wrangle the story into shape despite a number of attempts. Subsequent chapters didn’t showcase her writing talent. After multiple revisions, she bravely set this story aside to tackle something new. Her current work-in-progress makes it is absolutely clear this is the story she is meant to write—her voice shines on every page.

Takeaway for aspiring writers: It’s okay to “fail” because in doing so, the real story you are meant to write might emerge. If you’re in the query trenches and not getting requests for full manuscripts, or if the requests are coming in but are then followed by passes, be brave. Set it aside and write something new. Too often I see queries in my inbox from writers who have revised a manuscript I declined to read years ago. What if they’re spending year after year working on revising a story that isn’t allowing their writing talent to shine? That means the right story might never get written. For me, that is the real tragedy.

I remind aspiring writers that, for many of the clients I represent, I rejected the first work they sent to me. It wasn’t the right story. They didn’t give up. They “failed” and then found the story that actually needed to be written. Then a career was born.

You have the power to let go and do the same.