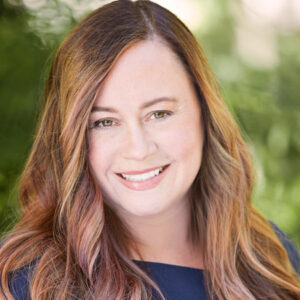 In your new novel, Remarkably Bright Creatures (Ecco, May 3), an unlikely narrator—an octopus—steals readers’ hearts. While his wit and charm appeal to readers, Marcellus doesn’t talk. How did you decide the limits of his voice?

Figuring that out was one of the most challenging things about writing this book! At various times while drafting, I played around with allowing him to write (could an octopus hold a pen?) or perhaps chat with the other sea life at the aquarium. But, eventually, I realized I needed his communications to flow one way to reflect his loneliness.

There’s also the matter of where readers would draw the line. An octopus narrator is already weird, at least in a book that’s otherwise realistic. I knew I was not writing a fantasy novel and didn’t have much latitude with world-building; rather than creating a world where octopuses can communicate, I needed to create a communicating octopus that felt at home in the real world.

In your recent LitHub article, “Lessons Learned from a Year Listening to the Fictional Octopus in My Head,” you remind us that “you write…therefore, you’re a writer.” Why is this mantra so important when writing your debut novel?

For anyone who produces any sort of creative work, writing or otherwise, I think there’s this leap when you go from having it be a private hobby to sharing it with others. To selling it, even. To me, at the time, it all just felt so presumptuous. Maybe I even felt a little like Marcellus with his journal entries, firing off words into some sort of void, not sure anyone would ever receive them.

Remarkably Bright Creatures is already making waves since its release earlier this month. What advice would you give to authors hoping for the same result?

Well, I do realize how incredibly lucky I’ve been! But I can’t tell you how many times I really doubted even querying because my book didn’t seem to fit neatly in a marketable category. Finding comps was challenging. It’s an odd book!

So, I guess my advice is: write the odd thing. Or rather, write the you thing, whatever that happens to be. And plan to invest time in your query letter! I spent more hours writing (and rewriting, over and over) my query letter than I did drafting the last several chapters of the book. Capturing the essence of your story in a couple of paragraphs is a huge challenge, and it can take a lot of work to get it just right.

Do you critique or beta read for other writers? What is the value in that?

Absolutely! I would never have finished this book without my critique partners.

There’s this image of a novelist as a solitary creature, sitting in a cabin with a beautiful view, pounding out pages. They’ll emerge at some point with a finished draft, ready to serve up to beta readers. And honestly…that sounds amazing! But as someone with two young kids, that’s not going to be my reality anytime soon. And I’m not sure it would suit me, honestly. I tend to do a lot of critique in real time with my beta partners, exchanging a couple of chapters a week, discussing, then taking time to pause and course-correct as needed. If I did a whole draft without feedback along the way, that thing would be a mess.

I also really enjoy beta reading shorter pieces for other folks in my writing communities. Learning to give and receive feedback is so important, and it’s a skill I try to practice as often as I can.

Finally, what tools in the literary space/community have been the most helpful in your writing process?

I’ll put my plug for writing contests here! Sometimes, a frenzied weekend with a bizarre set of prompts is just what I need to shake off a writing slump. Many competitions also offer formal feedback and/or have a space, like a Facebook group or forum, where you can swap critiques with other participants. It can be a good way to find a writing community.

Classes are also great. I’m a big fan of continuing-education courses, library writing groups, and the like. I’ve participated in several of those over the years. I’m a deadline-driven person, so having regular pressure to prepare material gives me a needed nudge. As a bonus, they’re often reasonably priced, and since anyone can join, there’s usually a nice variety of folks from differing backgrounds and stages of their writing journey.