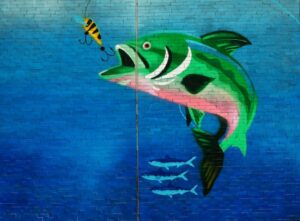 “Never let the truth get in the way of a good story” is one of those fun pieces of campfire wisdom sure to elicit a laugh. It encourages hyperbole, color, embellishment. It places greater value on the experience of a well-told story and the skill of the storyteller than on the mundanity of whatever really happened. But interpreted in a slightly different way, this adage offers a useful lesson for fiction writers.

I’ve read many a manuscript in which the author has become so bogged down in truth that they forget they’re telling a story. This happens in all types of fiction, but it’s especially prevalent in historicals. The author has done a ton of research—and rightfully so!—on the particular time and place in which they have decided to spin their tale. But then they frontload their novel with all that research…which, sadly, does little to engage the reader.

I’m sure the impetus is to establish both an authentic setting and narrative credibility. Good things to establish. But if the reader isn’t immediately pulled into the story by character, concept, and conflict, then no amount of careful research or meticulously described setting in the world will make the novel successful.

What do I mean by frontloading with research? I mean that the writer spends too much time and energy “papering the walls” with details that don’t drive story. Often in historicals, such opening chapters feature:

All this is wallpaper in your novel unless…

OK, obviously not every setting detail has to launch a plot or subplot. But I did want to illustrate the difference between wallpaper details (yes, #notallwallpaper is bad) and plot-driving details.

Details are also wallpaper if they appear only in the opening chapter and never again. To wit, I recently read a 1980s-set manuscript in which every (teen female) character in the opening chapter was clad in carefully described acid-washed jeans, crimped hair, neon slouchy socks, and Keds. But once the story got off the ground, no character’s appearance was ever mentioned again. It was almost as if the writer thought, “There! I got all that setting stuff out of the way, so now I can just tell the story.”

Does this mean you can’t open with food, clothing, dialect-laden dialogue, music, or references to current events? No. But avoid overseasoning your dish. Too much too soon hits the palate too hard. When I encounter an opening chapter that falls into this trap, one note I’ll send the agent is, “The writer’s research is showing.”

Another example—one that can happen at any point in a story, not just the opening—is when the writer goes into extensively minute detail about a particular real-world place:

“I walked into the mansion’s grand foyer and stared in wonder at the glory all around me. Approximately five feet to my right was an ornate bench upholstered in red-and-gold brocade. It was two-and-a-half feet wide and twelve-inches deep and fourteen inches high, and on either end sat two small pillows. They were ten inches square and made of red velvet with gold tassels tied to each corner. I turned to my left, where, approximately eight feet away, a statue of a knight stood guard. He was made entirely of gray marble with veins of white and black and tiny flecks of purple. He was about ten feet tall and holding a sword high above his helmeted head that stretched out over the foyer like he was pointing the way. I took exactly fifteen steps forward, crossing the tiled floor, noting that the tiles were royal blue and arranged in a parquet design and that each tile was exactly the size of my size-six Louboutin pumps…”

You get the idea. I can’t tell you how many passages like this I’ve come across. When I suggest that the author cut them, the objection is, “But I’ve been there! It’s a real place, and that’s exactly what it looks like!”

My response? “Never let the truth get in the way of a good story.”

Photo by The Lazy Artist Gallery