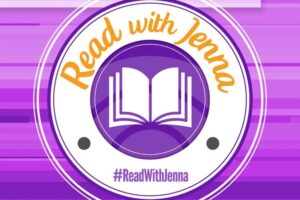 When aspiring authors dream big about career success, landing a Good Morning America (GMA) or Today Show Book Club pick is probably a nice part of that dream. Daydreaming about what snazzy outfit to wear for the TV appearance can take aspiring writers to a happy place. (Nods to Shelby’s gorgeous blue dress and Jamie’s fab deep purple suit.) Just how did these authors land the coveted book-club pick?

In short, I actually don’t know. This kind of high-profile visibility is rare in the book world. Like the insider mechanics of how a title lands on the New York Times bestseller list, the truth of how a novel is picked for a major book club is only known by the parties who do the choosing.

But here is what I do know as the agent of several titles that have been chosen in the last two years (The Downstairs Girl for Reese Witherspoon’s Hello Sunshine Book Club, Remarkably Bright Creatures and The Many Daughters of Afong Moy for the #ReadwithJenna Today Show Book Club for May and August, respectively):

As you can imagine, a publisher can’t spotlight every title coming out on a fall or spring release list. That would overwhelm those doing book-club considerations. Publishers will choose from a list created in-house that might include lead titles, sales-rep favorites, and/or special choices from previously published house authors.

However, once a publisher sends an ARC, they don’t have any further influence on the decision. That is solely the province of the book club itself. I have no insight into GMA, but I do know Reese and Jenna personally read the books chosen—which is fun and awesome.

When this happens, it’s just magic for the author, the publisher, and of course, the agent.

In the case of Shelby and Jamie, a visit to Studio 1A was part of the dream coming true (although I personally would find a TV appearance a bit nerve-racking). Studio 1A looks glam on camera, but the green room isn’t green and feels kind of like a teacher’s lounge (and about as sexy). Celebrity guests get the private green room (which I caught a peek of). TV does a great job of creating illusion, but it’s an illusion that’s fun to see in person.

What I can definitively say is this: Being a book-club pick moves the needle on sales. In a big way.

So worth the daydream.