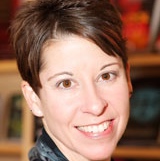 As featured in our April newsletter, an agent’s most important skill is the ability to negotiate well on behalf of the author client. Authors hire agents to protect their business interests in publishing. This is why a literary agent has a job.

Simply put, good agents do good deals on behalf of their authors.

So let’s discuss what I mean by “good” in terms of a deal and how that can be defined. Most writers might assume I’m talking about the level of the advance—as if how the negotiated amount is the only barometer of a decent deal. In reality I’m talking about every facet of the deal offer and the fairness and equability of the final contract the author signs.

Think of publishing as like a marriage or long-term relationship. It begins in love and happiness and for a lot of authors, the love affair lasts their whole career. But there is always the possibility of it ending in conflict and, in some cases, animosity. The point of the contract is to take the emotion out of the relationship and to clearly spell out the expectations of each party. This is why it’s imperative for an agent to negotiate a good deal and the best terms in a contract.

So just what are the negotiating tactics of good agents?

* Good Agents only grant rights that are commensurate with the advance level being offered.

If the advance is low, the agent will restrict the rights being offered to a publisher. A negotiation tool for getting a higher advance may be the willingness to offer World English or World rights in exchange for more monies up front.

Cliff notes for the types of publishing grants:

North American rights = publisher only has the grant of rights to sell the title in the US, Canada, and US territories such as the Philippines.

World English rights = publisher only has the grant of rights to sell the title in the English language around the world, including UK, Australia, New Zealand.

World rights = publisher has the grant of rights to sell the title in the English language around the world as well as to sell the licenses to have the title translated into other languages.

Standard splits, as defined by the Big 5 publishers, are 80% to author/20% to publisher for the UK and 75% to author/25% to publisher for translation. Some publishers (usually the smaller ones) only want to offer a 50/50 split, which is significantly less advantageous to the author than if his or her agent reserved World rights to license separately in each territory. (Remember: the author would then have to pay the agent commission on top of not receiving the standard 75% or 80% split. That’s definitely a reduction to the author’s bottom line.) I’ve also seen 60/40 (in author’s favor) offered.

If the publisher does not exploit or actively pursue the rights, the author is stuck and cannot earn money on the licensing of these potentially lucrative rights. Since part of an agent’s job is to help authors earn a living from writing, unexploited rights is untapped money potential. Publishers love “warehousing” rights just in case, but reversion clauses force publishers to actively try and license those rights or lose the ability to do so.

* Good Agents only sell rights or do deals with publishing houses that offer standard royalties or the equivalent (if royalties are based on net, which is the case for a lot of smaller publishers).

* Good Agents pre-negotiate “tricky” contract clauses in the deal memo stage so as to completely eliminate the issue at contract stage.

A favorite publishing house tactic, once the offer is accepted and contract generated, is to reply with “that should have been negotiated during the deal memo stage” as a way to say “no” to a requested change. To avoid this, actual clause language often has to be negotiated upfront with the editor during the deal negotiation. (“Tricky” clauses include the non-compete clause, the option on next book clause, the out-of-print clause, and many more).

It’s an icky strategy, as it’s not fair to the editor, who is often placed in an awkward situation. After all, they know deal points, not contract language. Sadly, this is becoming more and more standard.

* Good Agents have deal memo boilerplates that are unique to each house (and these deal memos are two, sometimes three pages long)

Rather than use the publisher-generated deal points, which usually only cover the basics in an eight-point list and nothing else. Agency-generated deal memos cover all the tricky bits for that specific publisher, since contracts vary greatly from house to house.

* Good Agents have the editor confirm deal points memo via email before officially closing the deal.

This just came up for me recently where a deal was closed and went to contract stage, but the contracts department didn’t input the royalty escalator agreed upon during the deal negotiation. Because I had the final deal memo along with the editor’s confirmation email, it ended up being a simple non-issue, and the contract was changed. Without that confirmation, the author might have been stuck with lesser royalty structure.

Good agents could write a book on how to actively negotiate a publishing deal and contract. There are so many facets this series of articles can only touch on the highlights.

The genesis: In January 2015, Backspace co-founder Karen Dionne and I had a conversation in which she mentioned that writers sometimes want representation so badly they are willing to sign with an average or even a below-average agent. Trust me, not all agents are equal. I replied, “Well, writers don’t know what they don’t know.”

In that moment, a lightbulb went on for both of us. Writers don’t know what a good agent does. How could you if (1) you’ve never experienced it and (2) you’ve only ever had one agent and no way to assess just how strong he or she might be at the job?

Thus, this series of articles was born.

April 2015 Newsletter – Article #3: Fearless Negotiation: An Agent’s Most Important Role for an Author