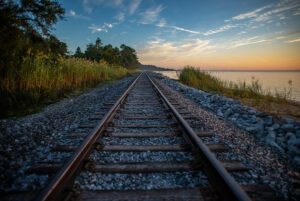 When Your Entire Manuscript Turns Out to Be a Prologue

Stories should start on page one. This we know, yet every seasoned fiction editor will tell you that most stories don’t. Most stories start on page five or ten. Or thirty. Or fifty. Hooray for critique partners, beta readers, and editors who can spot when our stories truly begin—and double hooray for writers who revise accordingly! But here’s a similar, more puzzling phenomenon I’ve been running into lately: when stories don’t start in the first book.

This is when I get to the end of a full-length manuscript and realize that I have more questions than answers. That the author left more threads untied than tied. That the entire manuscript read like a prologue to something bigger.

When I call this out to the authors, the response I often get is something like, “Oh, don’t worry, I’m going to answer all that in book two.”

First, we have to sell book one before book two.

From a publishing-industry standpoint, the likelihood that we’ll sell book one if, on its own, it doesn’t tell a satisfying story from beginning to middle to end is pretty low.

Treat every book you write as if it will be the only book you write. Make it as self-contained, complete, and satisfying as you can, even if—especially if—it’s part of a planned series.

Second, we worry you got lost in the weeds or are resisting revision.

A “prologue novel” tends to read as though the author found themselves approaching 100,000 words and realized they’d better wrap things up (for better or worse), yeet some query letters into the world, and cross their fingers. Maybe they really do intend to resolve all the unanswered story questions in a sequel, and maybe they know exactly how. But again, without delivering close-the-book satisfaction with book one, we can’t reasonably expect publishers or readers to plunk down more money for another tale that might also feel unfinished.

Getting lost in the weeds or overwriting can mean that a writer struggles with one or more of the following:

If the whole idea of revision intimidates you (or, worse, if you’re laboring under the hope or belief that first drafts are divinely inspired and shouldn’t be messed with), then please pick up a copy of James Scott Bell’s Revision and Self-Editing for Publication: Techniques for Transforming Your First Draft into a Novel that Sells.

Third, the writer might not know how their story ends.

By promising a second book in which All Will Be Revealed, the author might be kicking the literary can down the road, buying time to figure out the answers for themselves—and hoping for a second contract and another advance in the process.

As advised above, find a mentor or critique partner who is good at endings. Ask them to help you figure out a satisfying ending for this book—not for your planned series of books—and then work backward to make sure your pacing and scene work lead toward that ending in a tight, satisfying way, in a genre-appropriate number of words.

Of course, novels in a series do leave questions unanswered—hooks that entice the reader to continue reading. So, yes, you can do that as well. Here are two strategies: