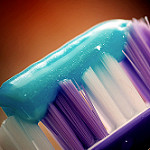 For the Part 1 of this article series, click here.

For the Part 2 of this article series, click here.

Angie Hodapp and I recently teamed up to bring wit and wisdom to writers who want to work on craft. During our workshop, we identified several story openings that usually spell trouble for aspiring writers who are looking for representation. Thus, this series of articles was born! Here we bring you the third installment.

#3) Your novel opens with what we call the “mindless task” or the “everyday normal.”

A common opening-page snafu we often see is when writers spend too much time setting up what is “normal” for the character before leaping into what will make this story/character extraordinary.

We see a lot of opening pages that show a character performing mindless tasks, such as cleaning the house, grooming (getting out of the shower, combing hair, brushing teeth), taking a child to school, collecting the mail, making breakfast, or having conversations that revolve around the mundane. And don’t forget our all-time favorite: a character waking up. (See “The Perils of Waking Characters” Part 1 and Part 2 on my blog for more about why this opening spells trouble.)

Illustrating the normal is not dynamic. In the normal, very little can be revealed about the character or setting. Because of this, we’re also on alert for openings like these:

“Monday started like any normal day…[followed by pages of details about Monday morning].”

“If I’d only known then what I know now…[followed by pages of detail about then].”

These types of openings hint at an inciting incident. But what the writer is really doing here is postponing the story conflict. They’re asking the reader to bear with them through a few opening pages of mundane tasks and details by making a vague promise that there’s good stuff coming later. In most cases, that simply doesn’t work.

The Importance of Voice

Accomplished writers use literary voice to transcend what might be considered mundane. A terrific example is the opening scene of Gail Carriger’s Soulless:

Miss Alexia Tarabotti was not enjoying her evening. Private balls were never more than middling amusements for spinsters, and Miss Tarabotti was not the kind of spinster who could garner even that much pleasure from the event. To put the pudding in the puff: she had retreated to the library, her favorite sanctuary in any house, only to happen upon an unexpected vampire.

This scene actually does open with a light touch of the mundane, but Carriger’s unique voice draws the reader in. Most importantly, the scene doesn’t stay in the mundane for very long—only two sentences, and then in the third, an unexpected vampire appears. The surprise is not the vampire. He’s actually expected in this world. It’s his attack that knocks Alexia off balance. Every vampire knows Alexia is soulless and therefore renders the supernatural powerless once touched. This persistent vampire doesn’t seem to know this nor does he seem to learn quickly when his power disappears. This is what then grabs the reader and won’t let go. Carriger takes the mundane and uses voice, wit, and a twist to engage the reader…all in the first three pages of the novel.

The Hero’s Journey and the Ordinary World

Angie here. Many writers’ first contact with story structure is the Hero’s Journey. It gets pounded into us at writing conferences and story workshops, and through books on how to plot a novel.

According to the Hero’s Journey (useful to screenwriters, constraining to novelists), we must devote our first few pages to the “ordinary world.” This is supposed to paint a picture of what the hero’s life is like before the Big Boom of the story’s inciting incident. Without the hero’s ordinary world, how will the reader recognize that change has occurred once they reach the end of the novel?

What this widespread education in the Hero’s Journey has done is fill slush piles everywhere with sample pages full of ordinary worlds. Yet what are agents looking for? Extraordinary. Your best bet for standing out in the slush pile is to get to the good stuff as quickly as possible.

James Scott Bell, the author of some of Angie’s favorite books on writing and revision, suggests that once you finish an entire draft of your novel, go back and swap your first two chapters. So many aspiring writers frontload their first chapters with backstory, exposition, and narrative, saving the action and conflict for chapter two. Sometimes, switching those first two chapters is all you need to do to fix a boring opening. Plant the hook first. Then see how much of the other stuff you really need in order to tell your protagonist’s tale in the most compelling—and extraordinary!—way possible.