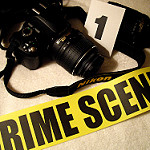 #5) Your novel opens with running or other pulse-pounding action.

If you are guilty of this one, don’t beat yourself up. We promise you’re not alone. Writers are told they need to start in medias res (literally “in the middle of things”) if they want to grab the reader from page one. Solid advice, but when it translates to action for action’s sake, therein lies the problem.

Just so we’re clear, we’re not suggesting that you nix every bit of action in your opening scene. The problem arises when an opening provides only action to the exclusion of:

The type of opening scene you write relies heavily on your genre. Action-forward openings tend to be more appropriate in commercial fiction, as opposed to literary fiction (which is more about artful language and thematic explorations of the human condition, so literary openings tend to provide immediate insight into a character or immersion into a setting). Genres like thrillers, military science fiction, and romantic suspense lend themselves to action-forward openings, but readers of cozy mysteries, contemporary romance, women’s fiction, and historical fiction expect to be thoroughly introduced to character, setting, and situational conflict when they encounter your first chapter. So consider genre and reader expectations as well as your novel’s overall structure when crafting your opening.

The final takeaway here is that in medias res is solid advice…if you take it to mean “start in the middle of action,” not “start in the middle of an action scene.” Action means (a) there’s a character on your “page stage,” (b) he or she is doing something other than merely thinking (see part 1 of this article series), and (c) he or she is in some sort of enticing predicament.

All of these story openings begin in medias res because they begin in the middle of a situation laden with dramatic tension. We don’t know the nature of that tension yet, but we will happily keep reading because (and this is the important part) each of these situations comes pre-packaged with an impending sense of What happens next? Yet none of these is an action scene.

In contrast, we see a lot of sample pages in our query inbox that start with a character running. An action scene. Sweat pouring. Lungs burning. Muscles cramping. Feet stumbling over rocks and tree roots. The sound of a pursuer’s footsteps ringing out in the darkness. These writers hope we’ll be just as breathless and scared as their characters are. But this type of opening lacks context (which means readers aren’t yet invested in your character’s plight). It’s an opening that’s tough to make fresh because we see it all the time. Plus, it can only lead to one of two possible outcomes: the character will either slip her pursuer or she’ll get caught. That makes this type of scene skim-or-skip material. Worse, it makes false tension out of all the pages the writer devotes to pouring sweat, burning lungs, cramping muscles, stumbling feet, and darkness. And false tension makes readers feel cheated.

What you’re after is dramatic tension, which you can only evoke to the extent that you can make readers understand why this character and why this situation? I’d much rather find out who that 70-year-old woman is and why she’s digging in her garden in the rain! Wouldn’t you?

Study the difference, and then practice creating story openings that entice rather than merely excite. This skill will take you another step further down your path toward storytelling mastery!