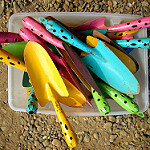 #7) Your novel opens with pages of backstory or exposition instead of a scene created to kick off your novel.

In the thousands and thousands of opening pages we’ve read over the years, we’ve discovered three problematic openers that fit this bill:

This type of opening becomes a problem when authors feel the need to fully explain their world before officially beginning the story—they’re afraid that readers will be lost without all the background information. A good intention, but a master writer knows how to layer in her world building and backstory at the same time she is introducing her characters, setting, and whatever situational conflict will launch the story’s momentum.

When I come across a submission like this, I’ll skip ahead to see where—or if—the story actually begins; however, I’m already on notice. This type of false start makes it that much harder for the writer to win me back. You don’t want an agent looking for a reason to say no.

Marge stood, stretched her aching back, and leaned her shovel against the wall of the pit. The six other archeologists on her team squatted over their assigned areas of the site, still engrossed in their excavations. Marge surveyed their work and gave a satisfied nod. They’d made great progress today.

Marge and her team had flown to Egypt six weeks prior. The university had finally managed to secure the funding for this dig, despite the dean’s oft-repeated assurances that the archeology department would never approve the sum Marge had requested. But over the summer, some anonymous donor had stepped forward and written a big, fat check. Marge couldn’t guess who the donor was, but she was too excited to care. She started calling her team and making travel arrangements…

This type of opening is often crafted by writers who’ve learned that it’s a best practice to start in scene. So they do. But the siren song of expository backstory is still too alluring, and they can’t resist. To see if you’ve fallen prey, check for past-perfect verbs in your opening scene (had managed, had requested, had stepped forward). If you see some, then—RED ALERT!—you’ve probably slipped into backstory.

Let’s look at another example:

Marge had learned two things during her seventeen years as a university professor. The first was never to take no for an answer, especially when it came from the dean during a conversation about funding. The second was never to question the motives of an anonymous donor who wanted to send you and your whole team to Egypt for three months on an exclusive dig. She was right about the first, but wrong about the second. She was about to find out just how wrong.

Marge stood, stretched her aching back, and leaned her shovel against the wall of the pit. The six other archeologists on her team squatted over their assigned areas of the site, still engrossed in their excavations…you know the rest.

This type of opening is often crafted by writers who want to provide an immediate insight into character before showing us that character in setting, motion, or conflict. Also note the prophetic “she was about to find out just how wrong.” As far as hooks go, this kind always feels a little too on-the-nose, like the writer is saying, Hey, isn’t that portentous and enticing? Most times, authors need to work a little harder than that to plant the hook that will keep readers genuinely intrigued.

Kristin here: Of course, like all the examples we’ve given in this article series, any opening can work in the hands of a master writer. My client Sherry Thomas is renowned for her ability to pull this off. Read the opening of her debut novel Private Arrangements to see how she breaks this rule but still manages to get away with it. Her masterful writing sweeps the reader away!