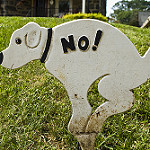 #8) Your novel opens with bodily functions or the weather.

On average, we receive about 100 queries a day. I popped into our inbox right before writing this article, and sure enough, out of the last 100 submissions or so, about a dozen sample pages opened with either bodily functions or weather.

Before we take a closer look, here’s a quick reminder: This article series is not intended to be a list of openings to never, ever, ever, ever write. Any type of opening can be well executed. We just want to highlight that there are several types of openings that aspiring writers tend to unknowingly overuse, and because we see these openings over and over again, even the well-written ones feel stale. If you want to stand out and be fresh and unique, then this article series is for you! We want to help you steer clear of stale openings…and bodily functions and observations of the weather both fit that bill.

So what is the issue here? Besides the fact that bodily functions are often TM(G)I—Too Much Gross Information—and, therefore, a reading turn-off, they often signal that the writer is working too hard to be edgy or to convey an immediate conflict, yet the conflict is without context because the story hasn’t been set up yet. On one end of the spectrum is stuff I’d rather not know upon first meeting your character; on the other end of the spectrum, bodily functions without context generally don’t invoke emotion in the reader.

It bears mentioning that genre matters. If you write mysteries or thrillers, then your readers expect a dead body or two—usually killed in new, interesting, sick, twisted ways. So sick and twisted that someone in your book might vomit. Give your readers what they want! But think about whether your detective hero really needs to wake up and release a glittering, golden arc of pee into the toilet, blow his nose, and fart before he gets dressed and heads off to the crime scene.

As for starting with the weather, well, it’s certainly been done by many an esteemed author since the dawn of literature. No argument there. And yet therein lies the reason many aspiring writers continue to churn out weather openings. Certainly you can think of a more dynamic way to start a story! Start in scene, with a character doing something in a tense situation, and then layer in details about rain, sun, or approaching storms. As creative beings and literally the gods/goddesses of your own writing universes, we’re confident there are better openings within you.